As the owner of a commercial trucking company or a self-owned and operated trucker, it’s of the utmost importance for you to be a responsible with the regulations that come with the career you’ve chosen. This means that your company should be 100% in line with DOT compliance. Even if it’s just you and no employees, you still must adhere to the Department of Transportation and its requirements.

Why Drug Testing Is A Necessity

Why so many drug screens? Because responsible driving for the commercial trucking industry is extremely important. Human lives are at stake, as well as the reputation of the truck company. A commercial truck is a giant machine that can be deadly if a driver loses control. By administering drug tests for those drivers, a company owner is taking a precaution to keep that driver alcohol- and drug-free, and therefore a better driver. 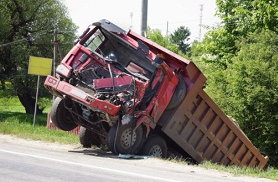 Truck stops can be a dangerous playground for drivers. One study reported that 85% of truck drivers surveyed said that methamphetamines were easily available at truck stops. Methamphetamines are a popular drug of choice for truck drivers, since it helps drivers stay awake longer and log more miles.

To be sure, methamphetamines are not the only drugs that are readily available to truckers. The combination of this easy availability along with the fact that truck drivers are not under a watchful eye can make for some sad results. This is why random drug testing administered by DOT policies is very important. Drivers are far less likely to partake in drug use if they think there’s a chance they’ll be caught.

2017 Drug- And Alcohol-Related Accidents By Month

This is just a small handful of the accidents caused by commercial truckers who were under the influence of drugs or alcohol. Unfortunately, hundreds of these types of accidents happen each year. This is why policies that administer DOT compliance alcohol- and drug-free testing are so important. The more stringent the rules of DOT compliance, the less likely these accidents are to happen.

Consortium Pool provides everything commercial truck companies and self-owned and operated drivers need to be in line with DOT compliance. Our programs will make sure you’re educated and ready to get on the road. And remember—if you’re a commercial trucking company owner, this is a requirement. Contact us for a free consultation or with any questions you may have!